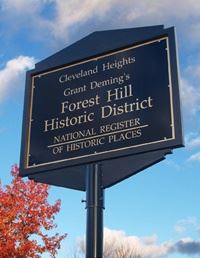 In addition, we have ten properties individually listed on the National Register of Historic Places. These listings recognizing our city's architecture at a national level speak not only to the high quality of historic architecture in our community, but to our dedicated residents who have worked so hard to list these properties on the Register.