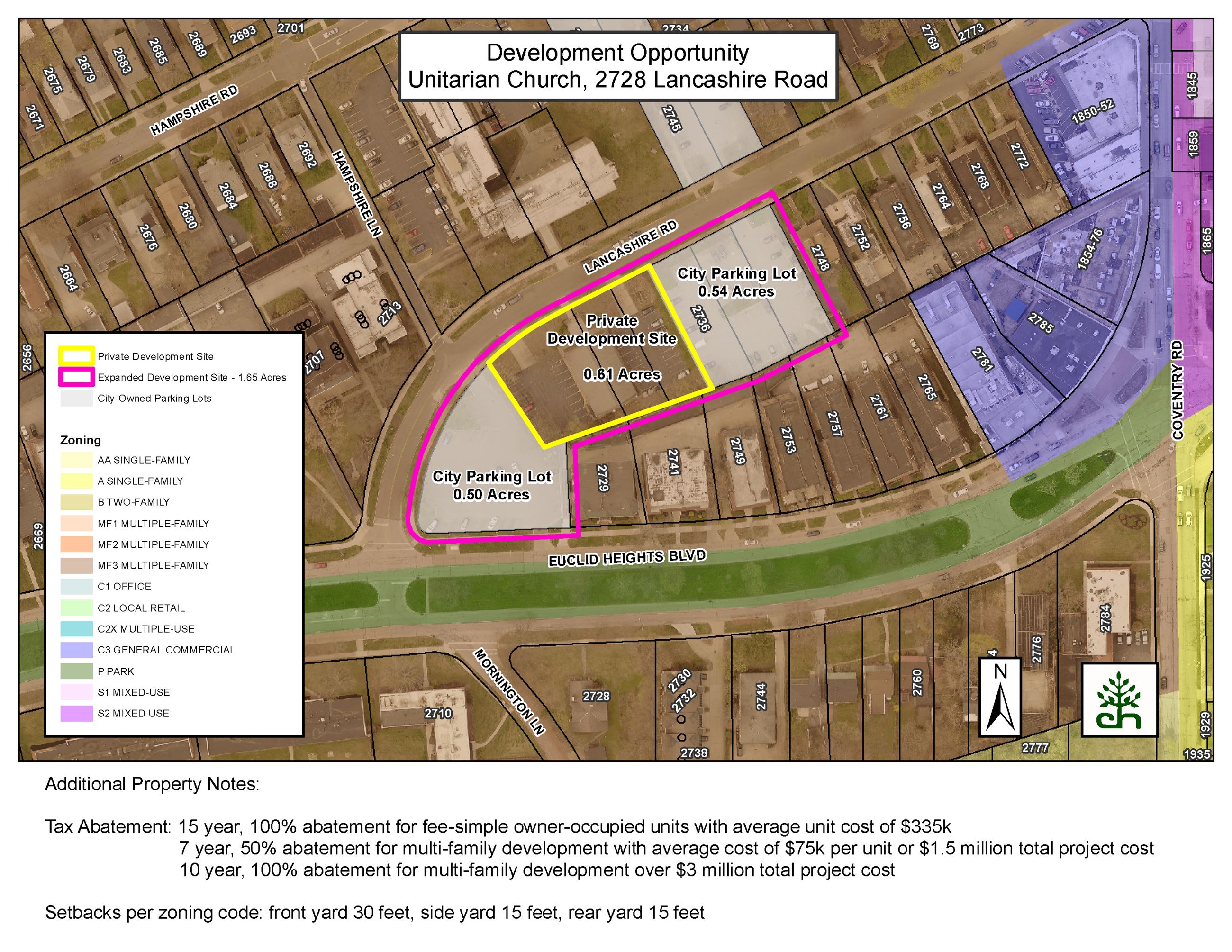 The City has been contacted regarding efforts to redevelop this site, known as the former Unitarian Church site (2728 Lancashire Road). The site is approximately 0.61 acres in size and is zoned “MF-3” Multiple Family residential. It is located in close proximity to the Coventry Village Commercial District. Two City owned properties are adjacent to the church site, one on either side of the church site. These City-owned properties are currently devoted to public parking.

The City is supportive of redevelopment of the former Unitarian Church site and is open to discussing a possible role for some or all of the two adjacent City-owned lots, which could result in a larger, more impactful development site. At the same time, the City recognizes that this area is in need of public parking, such that meeting that need would necessarily inform the City’s consideration of any possible involvement of these parcels. Development of specific terms and conditions of any potential involvement of City property in redevelopment of the former Unitarian Church site would therefore require review by the City’s Planning Department and Law Department. Any use of the City-owned lots would require the approval of City Council and likely Planning Commission and Board of Zoning Appeals (BZA).

The primary goal of the City is to promote quality development consistent with the City’s Zoning Code and Master Plan. Questions can be directed to Brian Anderson at banderson@clevelandheights.gov .